What is a strain of bacteria?

–A discussion with Biosafe’s professors

One of the best aspects of our work community are the discussions that experts drift into from time to time. We have two professors on our roster. Their vision and expertise are invaluable – sometimes I get to hear their views on various fundamental biological questions to which the scientific community hasn't settled on a clear answer yet. Recently we ended up discussing what is a strain of bacteria – in other words, what differentiates a bacterial strain from another?

The discussion was related to the PFGE microbial testing method (pulsed-field gel electrophoresis), which we use to produce a DNA fingerprint for a bacterial isolate thereby identifying bacterial strains from feed samples.

A differing amount of plasmids

My question was whether two bacteria are from different strains if their chromosomes are identical, but one has three plasmids and the other has four. The answer to the question was a firm yes without hesitation. The rationale was that the extra plasmid is a clear genetic difference between strains.

Deletion of kilobases in the genome

However, what if the genomes are identical otherwise, but the other has a deletion of a few kilobases?
This question proved more controversial with differing views. Referring to some real-life cases, some saw that the two otherwise identical strains remain identical, even though the size of the deletion would correspond to the size of a small plasmid. The reason given was that the deletion is so small that it hardly changes the phenotype of the strain, which is another dimension in the concept of a strain, in addition to genetic similarity or genetic distance. Some of us, however, were of the opinion that all clear deletions constitute a new strain.

Bacteria evolve all the time and mutations occur naturally over generations. Can a mutation create a distinctive strain? Here the genetic difference is very small, and most mutations do not cause any differences. However, if the mutation changes the antimicrobial susceptibility of the strain, it will significantly change the phenotype of the strain. Therefore, some point mutations can differentiate bacterial strains.

Regulations (EC) No 1332/2008 and (EC) No 1831/2003 require producers or users of food enzymes or feed additives, respectively, to inform the European Commission of any new information which might affect the assessment of the safety of a food enzyme of a feed additive. EFSA has indicated that the use of a different strain represents such new information. Therefore, the above discussion has relevance in re-evaluating existing authorizations.

How are you supposed to find the differences then? In this day and age, whole genome sequencing provides the answer to genetic differences. A measure of average nucleotide identity (ANI) can be used to calculate the difference between two strains, and an identity level of 99.9% indicates that the two strains represent the same strain. Nevertheless, it could be worth taking a closer look at the differences, because if mutations causing a phenotypic change are known, the sequence can predict the phenotype, too. Often this is not the case, though, and phenotypic tests are required, such as the MIC test in the case of antimicrobial susceptibility. In some cases, laboratory methods such as PFGE or RAPD PCR (Random Amplification of Polymorphic DNA in Polymerase Chain Reaction) could be more practical approaches to strain identification.

Should you verify your bacterial strain has changed?

It is good practice and part of a HACCP system (Hazard analysis and critical control points) to monitor strain changes, and it is up to the business to construct a system to see to it. Biosafe has helped several companies to verify whether they are working with the same strain or if its identity has had a makeover. Our professors would also be delighted to continue the academic discussion with you, too.

Are you trying to identify a bacterial strain?

What is a strain of bacteria?

–A discussion with Biosafe’s professors One of the best aspects of our work community are the discussions that experts drift into from time to time. W...
Read more 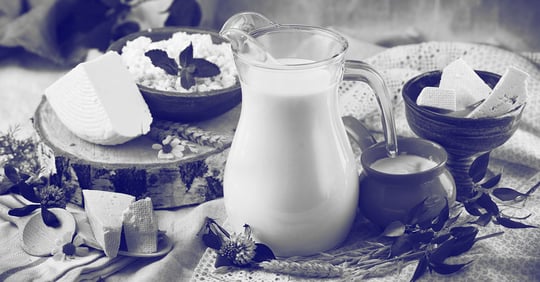 The approval of food enzymes in the European Union

Enzymes have been used in food production for centuries and have been produced commercially since the mid-20th century. New ones are being introduced ...
Read more