World Antimicrobial Awareness week is celebrated every year from 18-24 November. This year's theme 'Spread Awareness, Stop Resistance' calls on everyone to be aware of global antimicrobial resistance (AMR) and to encourage best practices among the general public, health workers, farmers, animal health professionals and policymakers to avoid the further emergence and spread of drug-resistant infections.

Is the era of antibiotics ending?

The overuse and misuse of antimicrobial agents, usually antibiotics, has led to a situation where a growing number of microorganisms, mostly bacteria but also viruses, fungi and parasites, that cause diseases stop responding to medicines. The global growing public health risk is that antibiotics will stop working on a wider scale. Diseases that have been easily prevented for the past century could again prove fatal.

A bacterium becomes more resistant when it comes into contact with antibiotics; it mutates to survive and transmits built up resistance to other bacteria. Examples of such cases include the 'super bug' MRSA (Methicillin-resistant Staphylococcus aureus), which has caused epidemics of infections, which spread in hospitals and healthcare facilities. Each year, more than 670 000 infections due to bacteria with AMR occur in the EU/EEA (OECD, 2019).

The food chain can accelerate the spread of AMR. Some antimicrobials used to treat infection in animals are the same as those used in humans. The One Health approach promoted by global health institutions recognises that human, animal and environmental health cannot be separated. 60% of all human diseases originate in animals according to the World Health Organization. Resistant bacteria can live in animals and in food, and several control measures have been set to prevent the bacteria from spreading. For example, the use of antibiotics as growth promoters has been banned in the European Union for 15 years. The use of antimicrobials must be based on the treatment of a diagnosed disease, and routine preventative use is banned as per Regulation (EU) 2019/6. In the USA, animal producers need veterinarian oversight to use antibiotics in feed, but the use of antibiotics for disease prevention remains allowed.

Globally regulations vary and even inside the EU, the level of antibiotic use can differ greatly depending on the country. The 'European One Health Action Plan against AMR' from 2017 has the goal of making the EU a 'best practice region', meaning that all countries should commit to a set of standardised effective actions to prevent the spread of AMR. The main focus should be the misuse or excessive use of antibiotic drugs when they are not needed because it is the driving force behind AMR. They should only be used when prescribed by a qualified health professional.

However, there are also measures that have been taken against microorganisms carrying AMR genes. Products involving microorganisms, which are intentionally added to food or feed, are regulated at the EU level. Such products may be viable microorganisms or probiotics for culinary or nutritional functions or production hosts for enzymes, amino acids, vitamins or other beneficial molecules. In the EU, these products must not add to the pool of antimicrobial-resistant bacteria already present in animals or humans.

A strict AMR policy for microorganisms in the EU

Do your part. Get vaccinated. Go blue too.

Biosafe helps and consults in strain development and fulfilling regulatory requirements. We also do our part in raising awareness of antimicrobial resistance. Therefore, this World Antimicrobial Awareness week we are going blue to encourage the correct use of antimicrobials. We are also encouraging everyone to get vaccinated to end the coronavirus pandemic! A lot of antibiotics are taken to treat the sequelae, the aftereffects of the virus. Vaccinations prevent them and can even eliminate the original disease, without any use of antimicrobials. We can all do our share!

We are your pathway to safer
new food solutions

Algae, including single-cell phytoplankton microalgae and macroalgae plants (seaweed) have long been used in food and feed products but the food safet...
Read more 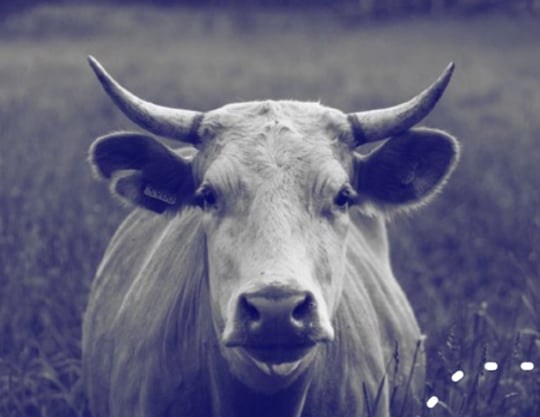 In vitro efficacy in feed additives — How to test for it

To register a feed additive in the European Union, its efficacy should be demonstrated in microbial testing trials that follow common feed manufacturi...
Read more

Microbial novel foods: Registering a new microorganism in the EU

Registering a new microorganism as a novel food or as a feed additive may be difficult to start with if one is not familiar with EU legislation and fo...
Read more